Phonetics- A Branch Of Linguistics

Phonetics- A Branch Of Linguistics

Phonetics is a branch of linguistics that studies the sounds of human speech, or—in the case of sign languages—the equivalent aspects of sign. Phoneticians—linguists who specialize in phonetics—study the physical properties of speech. The field of phonetics is traditionally divided into three subdisciplines based on the research questions involved such as how humans plan and execute movements to produce speech (articulatory phonetics), how different movements affect the properties of the resulting sound (acoustic phonetics), or how humans convert sound waves to linguistic information (auditory phonetics). Traditionally, the minimal linguistic unit of phonetics is the phone—a speech sound in a language—which differs from the phonological unit of phoneme; the phoneme is an abstract categorization of phones.

The first known phonetic studies occurred in the Indic subcontinent during the 6th century BCE, among which was Hindu scholar Pāṇini's articulatory description of voicing, though this pioneering work was primarily concerned with the relationship between written Vedic texts and spoken vernacular languages. With the advent of modern phonetics in the 19th century CE, the focus of scholarship shifted to the physical properties of speech itself. Before the widespread availability of recording devices, phoneticians relied upon phonetic transcription systems to collect and share data. Some systems, such as the International Phonetic Alphabet are still in wide use among phoneticians. 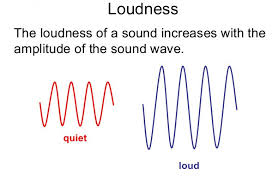